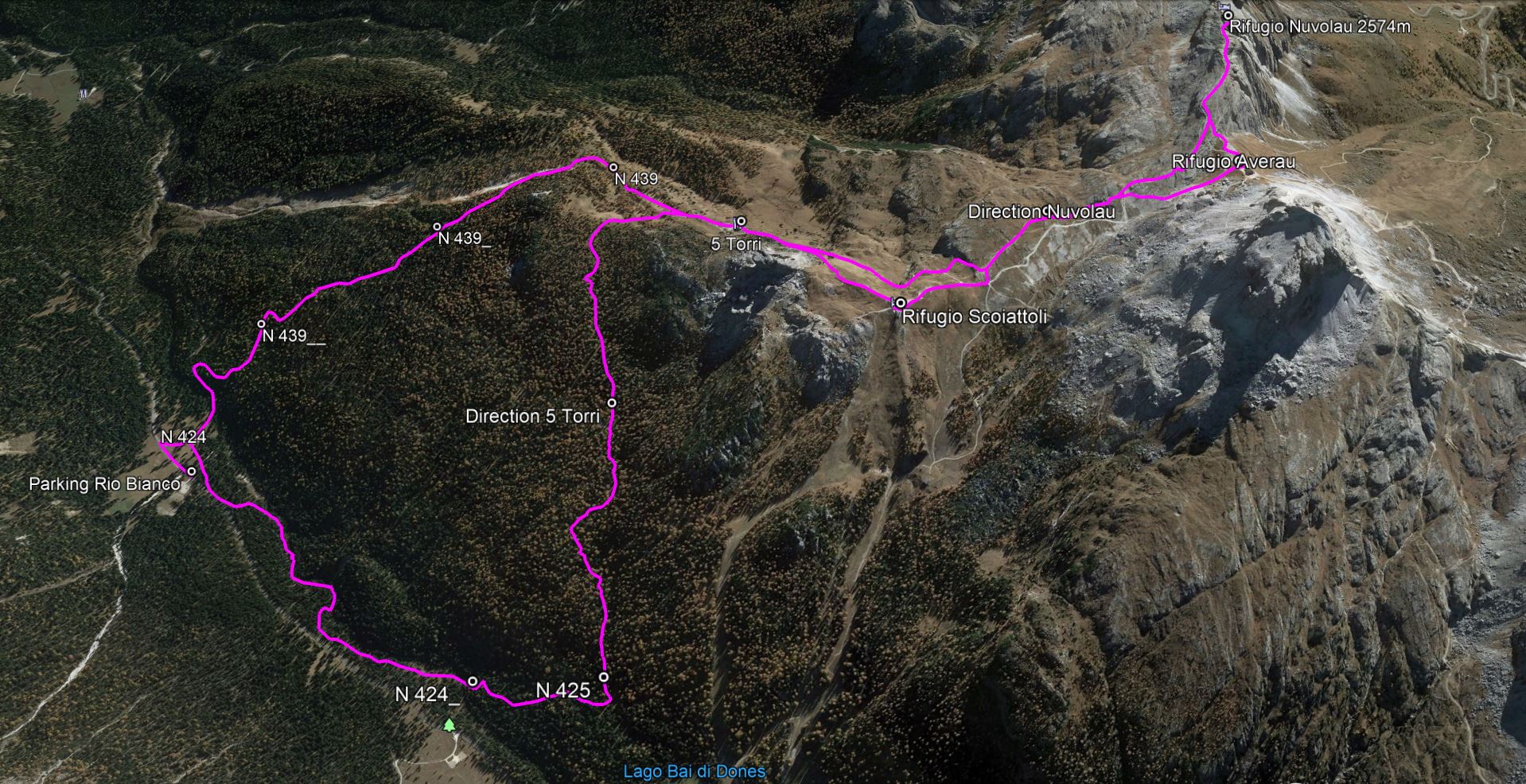 Itinerary: we recommend you go up the road which starts from the car park at the Rù Bianco bridge which is located after 5.5km on the left going down from the Falzarego Pass towards Cortina. Cross the Rù Falzarego stream heading south on path no. 424. After the first bend, head west through the woods. Arriving at the next hairpin bend you'll reach the intersection for the Bai de Dones refuge where you take path no. 425 on the left. Continue south-east, leaving the wood shortly after, following the road to the Cinque Torri refuge and passing near the majestic Cinque Torri. Along the ski slope you'll reach the Nuvolau refuge, the highest point of the mountain.

Descent: you have the possibility to descend to the Averau refuge (also open in winter), then pass through the Scoiattoli and Cinque Torri refuges. Shortly after the Cinque Torri refuge the path no. 439 begins, through which the descent is shortened.

Just a little while

We look forward to welcoming all nature lovers of the Dolomites from June 1st.